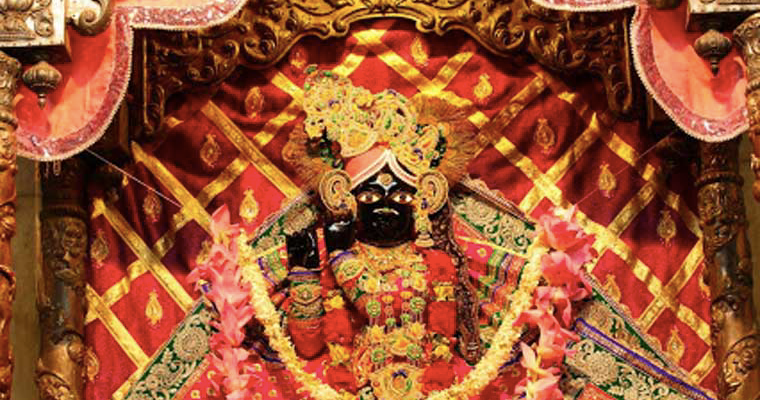 Śrī Jīva writes Anuccheda upon Anuccheda in the Bhagavat Sandarbha (from Anuccheda 24 to Anuccheda 51) citing numerous verses describing the direct experience of great persons like Bhīṣma and Brahmā to show that Bhagavān’s form is the Supreme Absolute Reality. He summarizes these different anucchedas in the form of hetus or reasons at the beginning of Anuccheda 51. Hetus in Sanskrit are generally written in the fifth case, and are an indication to the alert reader of a syllogism in the offing. First, here is the meaning of the word syllogism:

A syllogism (Greek: συλλογισμός syllogismos, “conclusion, inference”) is a kind of logical argument that applies deductive reasoning to arrive at a conclusion based on two or more propositions that are asserted or assumed to be true.

Some of the earliest syllogisms are defined in the Nyaya school of thought. In a form, defined by Aristotle, from the combination of a general statement (the major premise) and a specific statement (the minor premise), a conclusion is deduced. Syllogistic arguments are usually represented in a three-line form:

All men are mortal.

Socrates is a man.

Therefore Socrates is a mortal.

A classic example (see Babaji’s commentary on Anuccheda 9 in the Tattva Sandarbha) is as follows:

Proposition (प्रतिज्ञा): There is fire on the mountain.

Reason(हेतु): Because there is smoke.

Universal proposition (व्याप्ति दृष्टान्त च): Wherever there is smoke, there is fire, as in the kitchen.

Application (उपनय) : There is smoke over the mountain.

Conclusion (निगमन): Therefore, there is a fire on the mountain.

The example of Socrates’ being a mortal above can be written in this framework as follows (the last three lines of this syllogism are identical to the more familiar three-line syllogism):

Proposition: Socrates is a mortal.

Reason: Because Socrates is a man.

Universal proposition: All men are mortal.

Application: Socrates is a man.

To help the reader get a bird’s eye view of the different Anuchhedas above, we present Śrī Jīva’s summary at the beginning of Anuchheda 51 in the form of the above five-point syllogism.

Reason (हेतु): नित्यत्वात्, विभुत्वात्, सर्वाश्रयत्वात्, स्थूलसूक्ष्मप्राकृतवस्त्चतिरिक्तत्वात्, प्रत्यग्रूपत्वात्, स्वप्रकाशत्वात्,सर्वश्रुतिसमन्वयसिद्धत्वात्: because of being eternal, all-pervading, the shelter of everything, distinct from all gross and subtle material objects, beyond material sense perception, self-luminous and because in It, all the statements of the Śrutis find reconciliation.

Universal proposition (व्याप्ति दृष्टान्त च): The Supreme Absolute Reality must possess the characteristics of eternality, all-pervasiveness, being the shelter of everything in existence, transcendence, being beyond material sense perception, having a self-revealing nature, and being the reconciliation of contradictory statements in the Śrutis.

Application (All this is based on Śrī Jīva’s analysis of experience of devotees like Yaśodā, Bhīṣma and Brahmā in Anuchhedas 24 to 51): Bhagavān’s Body (which is His essential nature) is eternal, present everywhere in His medium-sized form, contains the entire universe, is not limited by material elements, is present in the hearts of all living beings as Paramātmā, is transcendental i.e. not perceptible to the senses, but is still visible to the senses by His Mercy, and is described by opposing statements of the scriptures, some of which negate form in the Absolute Reality, and others which accept form in the Absolute Reality.

In upcoming articles, we will examine many of the startling and mind-bogglingly amazing conclusions that Śrī Jīva derives from the scriptures about Bhagavān’s forms. Simply put, we are not alone, because Bhagavān is everywhere in His own form as Śyāmasundara! But we will have to tune ourselves to His channel if we are to ever perceive Him.